I Was Just Thinking… 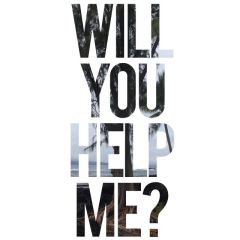 Now a month into the relaunch of the “I Was Just Thinking…” article, I want to honor its origin and history. Therefore, I have pulled out the archives of my father’s original work. This week’s post, titled Christian, will you help me?, was originally written by Billy Hutchinson on October 3, 2007. I hope you enjoy this article, and thank you again for reading.

“Today, as I had gone to the grocery store to just pick up some milk, I had a really wonderful experience. I was moving toward my car to leave and I noticed a young mother. She was struggling to remove her daughter form the back seat, juggling a large diaper bag, her purse, cars parked too close to the line and a van door that just would not stay open.

At first thought I remembered those days of small children when you tried to get everything organized so you could get out and get those “life” things done. I also could not help but notice that she had no one to help her and that no one around us seemed interested in helping her. I was in a bit of a hurry and knew that she would prevail (sooner or later). So I made the decision to move on and hope the best for her. Then as I was almost to my car (just a couple of parking places away) something or someone spoke to my heart (wonder who ?). I put my milk in the car and went back to ask if I could assist her. Not knowing what to expect in this day and time, I simply approached and said, “Excuse me, I know you don’t know me but could I help you in some way?” She looked up to see who was speaking. I really had a flash thought that she might say, “No, go away, I don’t know you.” Maybe even, “Help Police!” But she didn’t. Instead she welcomed my help. With deep frustration in her eyes she said, “I can’t get the seat belt undone on this car seat. Would you please help me?” As I moved toward her child, she told the little girl, “Don’t be scared; this man is going to help us.” What a precious little girl! She immediately told me at the top of her little voice “HI”. After just a few moments the seat belt was untangled and the little girl threw her hands up to me to be removed from the car seat. After getting them together, the mom thanked me many times and off the two of them went to the store.

In Luke chapter 10 verses 25-37 Jesus tells the story of the Good Samaritan. Most of you will know this great story of how many people passed by a man in need and then an unsuspecting Samaritan stopped to assist the wounded man. What really rung out in my heart on this day were the words of Jesus in verse 37.  In verse 36 Jesus asked the question of the three men in the story, “who was the true neighbor?” Who really cared enough to help this man in his time of need? Verse 37 states that an “expert” in the law answered, “the one who had mercy on him.” I wonder what kind of response the “expert” was expecting. But what Jesus said was NOT great job or GOOD answer, instead he said, “Go and do likewise.” WOW, maybe we should think about what Jesus asks us to do when we encounter a person in need. Any need from just an extra hand to a major life need. To do likewise to them, as the Samaritan did in helping this man. If you remember the story the Samaritan went the extra mile (see verse 35).